As library buildings are now closed, some publishers are giving free access to online books and journals during the corona virus outbreak — find and access many of these resources through Discover. Read more on our blog.... 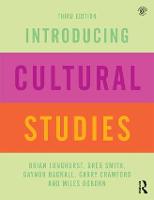 Engaging musical practices : a sourcebook for instrumental music / [edited by] Suzanne L. Burton and Alden H. Snell II.
ISBN
Published
Lanham, Maryland : Rowman & Littlefield, [2015].
5 Holding libraries
book
The mysteries of opium reveal'd, / by Dr. John Jones, Chancellor of Landaff, a Member of the College of Physicians in London: and formerly Fellow of Jesus-College in Oxford. Who, I. Gives an account of the name, make, choice, effects, &c. of opium. II. Provides all former opinions of its operation to be meer chimera's. III. Demonstrates what its true cause is; by which he easily, and mechanically explains all (even its most mysterious) effects. IV. Shews its noxious principle, and how to separate it; thereby rendering it a safe, and noble panacea; whereof, V. He shews the palliative, and curative use..
Author
Published
London: : Printed for Richard Smith at the Angel and Bible without Temple-Bar., MDCCI.. [1701]
21 Holding libraries
book 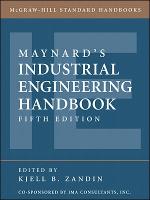 The white doe of Rylstone : or, The fate of the Nortons : a poem / by William Wordsworth.
Author
ISBN
Published
London : Printed for Longman, Hurst, Rees, Orme, and Brown , 1815
20 Holding libraries
book

Bleak House / Charles Dickens ; edited by Norman Page ; with an introduction by J. Hillis Miller ; and 27 original illustrations by Hablôt K. Browne ("Phiz”).
Author
ISBN
Published
Harmondsworth : Penguin, 1971
60 Holding libraries
article
Poems of Mr. John Milton : both English and Latin, compos'd at several times. Printed by his true copies. The songs were set in musick by Mr. Henry Lawes Gentleman of the Kings Chappel, and one of His Maiesties private musick. Printed and publish'd according to order.
Author
Published
London : Printed by Ruth Raworth for Humphrey Moseley, and are to be sold at the signe of the Princes Arms in S. Pauls Church-yard, 1645.
25 Holding libraries
book