As library buildings are now closed, some publishers are giving free access to online books and journals during the corona virus outbreak — find and access many of these resources through Discover. Read more on our blog....

Geology for beginners : comprising a familiar explanation of geology, and its associate sciences, mineralogy, physical geology, fossil conchology, fossil botany, and palaeontology : including directions for forming collections, and generally cultivating the science, with a succinct account of the several geological formations / by G.F. Richardson.
Author
Edition
3rd ed., enl.
Published
London : Henry G. Bohn, 1846.
4 Holding libraries
book
Annals of botany / editors, Charles Konig, F.L.S., and John Sims, M.D..
Published
London: printed for the editors, by R. Taylor and Co. ..., 1805-1806.
73 Holding libraries
periodical
An Introduction to Geology, and its Associate Sciences Minerology, Fossil Botany, and Palaeontology. By the Late G. F. Richardson, F.G.S. Of the British Museum.
Author
Edition
A New Edition, Revised and considerably Enlarged, by Thomas Wright, M.D. Member of the Royal College of Surgeons; Senior Surgeon to the General Dispensary; and President of the Literary and Philosophical Institution, Cheltenham.
Published
London : H. G. Bohn, York Street, Covent Garden, 1855.
4 Holding libraries
book
An introduction to geology, and its associate sciences : mineralogy, fossil botany and conchology, and palæontology / by the late G. F. Richardson
Author
Edition
New ed., rev. & considerably enl. / by Thomas Wright.
Published
London : H. G. Bohn, 1851.
9 Holding libraries
book
Narrative of travels and discoveries in Northern and Central Africa : in the years 1822, 1823, and 1824 / by Major Denham, Captain Clapperton, and the late Doctor Oudney, extending across the great desert to the tenth degree of northern latitude, and from Kouka in Bornou, to Sackatoo, the capital of the Fellatah Empire. With an appendix, published by authority of the Right Honourable Earl Bathurst, one of His Majesty's Principal Secretaries of State, and dedicated by permission to His Lordship, by Major Dixon Denham, of His Majesty's 17th Regiment of Foot, and Captain Hugh Clapperton, of the Royal Navy, the survivors of the expedition.
Author
Published
London : John Murray, 1826.
13 Holding libraries
book
Narrative of an expedition to explore the river Zaire : usually called the Congo, in South Africa, in 1816 / under the direction of Captain J. K. Tuckey, R.N. To which is added, The journal of Professor Smith ; some general observations on the country and its inhabitants ; and an appendix : containing the natural history of that part of the kingdom of Congo through which the Zaire flows. Published by permission of the Lords commissioners of the Admirality.
Author
Published
London : J. Murray, 1818.
12 Holding libraries
book
An introduction to the study of cryptogamous plants. In letters / By Kurt Sprengel ... Translated from the German.
Author
Published
London : Printed for J. White ..., 1807.
12 Holding libraries
article 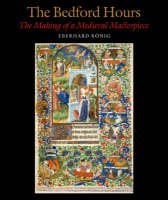